You are here: Home1 / Articles2 / Rural Policy3 / Energy’s Other Side 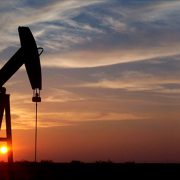 The oil spill disaster likely spells the slowing down, or even curtailing, of offshore oil drilling for the foreseeable future. You can take California, Florida and much of the east coast off the energy-drilling map for years, perhaps decades.

But if the oil, gas and coal industries are widely detested on the coasts, people in Bismarck, N.D., have little incentive to join an anti-energy jihad. Like other interior energy centers, people in this small Missouri river city of over 100,000 see their rising oil-, gas- and coal-based economy as the key to a far more lucrative future.

“We have so much work that we don’t know what to do,” explains Niles Hushka, co-founder of Kadrmas, Lee and Jackson, a Bismarck-based engineering firm active in Great Plains energy development. In the next three weeks Hushka’s firm plans to add 70 more people, most of them skilled technicians and engineers.

The problem in Bismarck is not so much creating jobs but filling positions; the city can be a hard sell due to its relative isolation and harsh climate. Still there’s some virtue to having opportunities. Even at the pit of the recession Bismarck has continued to experience job growth. Today its unemployment rate stands at well under 4%, the lowest rate in the country.

This economic record is not unique to Bismarck. Other domestic energy centers like Anchorage, Alaska, and Morgantown, W.Va., also rank high among the strongest job markets in the country.

Many energy towns are not only getting lots of jobs, but they are also becoming richer. One study, done by economist Mike Mandel, finds the highest per capita income growth in regions of Oklahoma, West Texas and Louisiana, where energy growth has driven the economy. Between 2000 and 2008 these areas enjoyed soaring per capita income gains, while many centers of the “creative economy” such as San Jose, Calif., Raleigh-Durham, N.C., and even Austin, Tex., have experienced per capita income declines.

But few areas are enjoying a greater boom than Bismarck and surrounding parts of western North Dakota. It enjoys a vast array of energy resources, from fossil fuels to biofuels as well as prodigious potential for wind power.

The real big action now, however, is in oil. New drilling technologies have allowed for the tapping of oil deposits far deeper below the surface. The U.S. Geological Service recently increased its estimate of North Dakota’s economically recoverable oil–much of it in the massive Bakken and Three Forks formations–25-fold to 4.3 billion barrels. These formations also extend to large swaths of northern Montana and southern Saskatchewan, Canada.

Unlike past oil booms, such as the one that crashed in the 1980s, this one will last a long time. For one thing the voracious demands on energy coming from India, China and other developing countries will keep energy prices high. At the same time resistance to drilling tends to be weaker in remote areas with few residents, notes Debra Dragseth, a professor of business at Dickinson State University.

The prospect of long-term prosperity tied to oil and gas wealth is already beginning to change the long dismal demographics of the area. A long-term boom could attract a new flow of blue- and white-collar workers to Bismarck and other parts of the plains. This is already starting. Long a net exporter of people–the state’s population is less than it was in 1930–today Bismarck and the state of North Dakota enjoy positive in-migration from the rest of the country.

Part of the lure is something North Dakota had previously lacked: a plethora of high-paying jobs. Truck drivers in the industry earn as much as $80,000 a year, and wages for skilled professionals tend to go well over $100,000 annually. Meanwhile the cost of living is low, with housing prices a third or less of those on the coasts.

Of course, work in the oil or gas fields isn’t easy–and it is sometimes dangerous, particularly in the often brutal winters. But opportunities in tough times can prove an irresistible lure to younger people, which is critical for what has been among the country’s most rapidly aging states. “It’s a petroleum land rush,” says 30-year-old Jerry Haas, who now looks for oil sites for the Dallas-based Petro-Hunt interests. “People see it as a great place of opportunity among people my age.”

Haas, a native of North Dakota, sees more and more out-of-staters coming to Bismarck, in search of generally high-paying, energy-related employment. He has helped organize a 200-member young professionals group to lobby for more youth-oriented amenities in this decidedly conservative Great Plains town.

The shifts in migration and particularly income–due largely to energy–represent a huge boost to an area that has long suffered from an exodus of young talent and a dearth of high-paying jobs. The key issue now is finding ways to turn the current boom into longer-term prosperity. North Dakota certainly has an unprecedented opportunity to build up its human and physical infrastructure. While other states struggle with huge budget shortages, North Dakota’s government enjoys an oil-driven surplus that is expected to grow in the next year from $500 million to over $1 billion.

Dragseth believes the energy boom will allow North Dakotans, long ignored or at best dismissed as hopeless rubes, to start dreaming in ways impossible in much of the country. They can envision a future where, for instance, post-secondary education is free and used to lure the top students from around the world. North Dakota could use its good fortunes to gain the human capital it sorely needs. The Gulf disaster may put an ugly face on energy exploration, particularly oil, for many Americans. But in the nation’s oft-ignored interior, the development of new fuels offers the prospect of a previously unimagined prosperity.

INVITE JOEL TO SPEAK
The Future Of America’s Working ClassL.A.’s Economy Is Not Dead Yet
Scroll to top