You are here: Home1 / Articles2 / In the News3 / Counterpoint: Yes, the Twin Cities are Harmfully Segregated 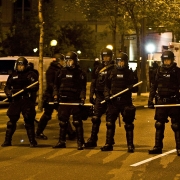 The June 23 commentary “This area’s been told for decades: Segregation won’t work” provides a compelling background leading up to the current unrest in Minneapolis. Yet its conclusions may lead us in the wrong direction in search of solutions.

As Myron Orfield and Will Stancil noted, “the billions in resources Minneapolis has directed toward its low-income areas were not enough to address their social dislocation.” More specifically, they note that Minneapolis’ poorest high school, in 2019, was allocated $20,000 in funding per student, as opposed to the $13,000 allocated to Edina students.

This is consistent with my own experience on education funding committees in the Legislature over 30 years ago where the numbers were more like $13,000 for the Minneapolis students and just over $6,000 for Edina students. This has been the pattern for state education funding for decades.

Moreover, as the authors note, “the Twin Cities has a well-funded affordable housing industry.”

Yet, for all of the billions spent, is all we have to show for it smoldering ashes? Numerous legislators and the governor have pronounced an urgent need for yet more spending, including hundreds of millions to replace the looted and burned businesses destroyed in recent rioting. The palpable skepticism this generated among those with long memories in the Legislature was obvious. What assurance do any of us have that these new huge sums will generate any more success for minorities in the Twin Cities in the long term?

As a nationally renowned urbanist, Prof. Joel Kotkin, noted in his very interesting book “The Human City,” Minneapolis is not alone among “progressive” cities to face this issue. He cites the National Urban League, a prominent civil rights organization, that lists Minneapolis with such other “woke” places epitomizing urban revival, such as San Francisco and Chicago, suffering from the largest gaps between black and white incomes.

“Notwithstanding the impassioned rhetoric about the blessings of diversity,” Kotkin writes, “the most thoroughgoing form of ‘ethnic cleansing’ now occurs in the ‘hippest’ urban zones, which increasingly consist of monotonic ‘white cities’ with relatively low and falling minority populations.” He then notes that as places such as San Francisco, Portland and Seattle, although “achingly politically correct in theory” are actually becoming whiter and less diverse as the result of their development policies, the rest of the country, particularly suburbia, is diversifying.

Something of that sort may be exactly what has been happening to Minneapolis. Kotkin cites to a study done at Orfield’s own University of Minnesota which found that in the largest 50 metropolitan areas in the country, fully 44% of residents live in racially and ethnically diverse suburbs, defined as being from 20 to 60% nonwhite. Kotkin then cites Brookings Institution research indicating that in the 100 largest U.S. population areas, more than one-half of the African-American population lives in the suburbs.

This movement was particularly marked among families with children. The number of black children living in cities like New York, Oakland, Atlanta and Los Angeles dropped precipitously as families sought out safer streets, better schools and more affordable space. Among other minority groups, these statistics are even more compelling.

Read the rest of this piece at StarTribune.

INVITE JOEL TO SPEAK
Reinventing ‘the Burbs’ with an Urban Twist

Joel Kotkin talks with Danielle Smith about the Rebellion of America’s...
Scroll to top